We have had a busy and unpredictable Fall so far, the good news being that we have managed to save quite a bit of the veggies from the frost – with the exception of Monday night’s hard frost which finished off a few of the greens. 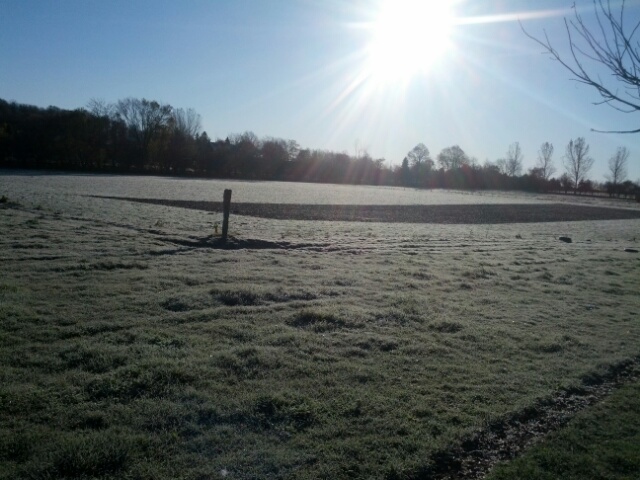 But that’s OK – we have plenty of greens in the greenhouse!  The interns have actually taken the time to transplant some of the established chard and kale into the mini mobile hoop house – it’s a bit of an experiment to see if they will survive being transplanted.

We’ve spent some time cleaning up the field – harvesting the rest of the peppers and eggplants.  Karen even found our first (and last) yellow pepper! 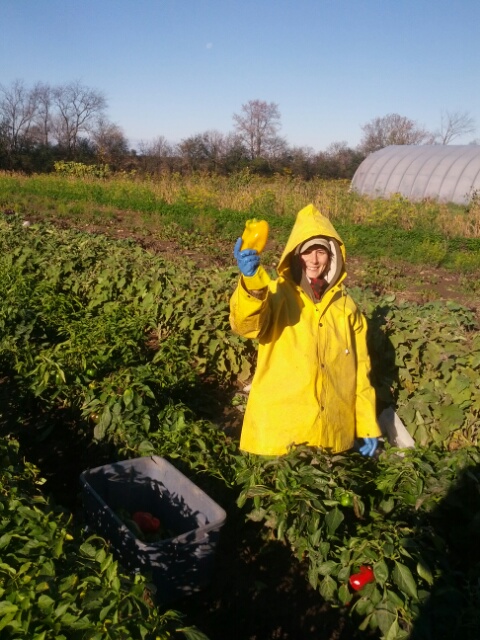 Then we started harvesting the storage crops; carrots, beets, potatoes, celeriac, sunchokes and turnips.  Sometimes we had a little help too – Jess still marvels at the fact that Jessalynn is able to pick out the nicest looking vegetables from the garden despite only being 3 years old!  But she has been doing it since she was born, so I suppose it isn’t too surprising… 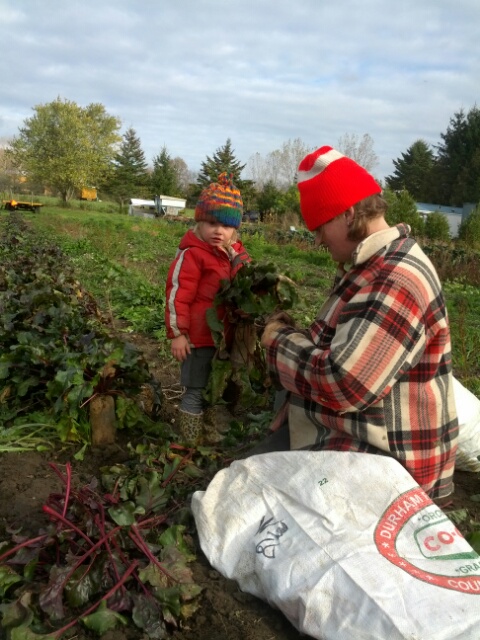 And although it has been hard work to get the harvest in before the garden turns into a winter wonderland – we still have a great time doing it:  Enjoy! 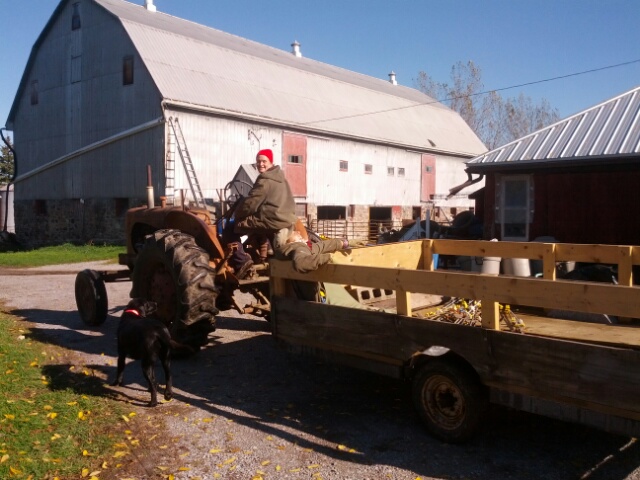