As many of you already know – Jessica farms almost exclusively with horses.  This week, the horses raked hay for David, disced a field that had been plowed, helped retrieve implements from storage and performed the regular row cultivation in the garden.  This week, Alex and Jeanne used a single horse scuffler to get at the weeds in places where the row cultivator could not go.  The corn has grown tall enough that the row cultivator would not go over top of it.  Once Lenny settled into a pace that Alex could keep up with, they did an excellent job of tackling the weeds! 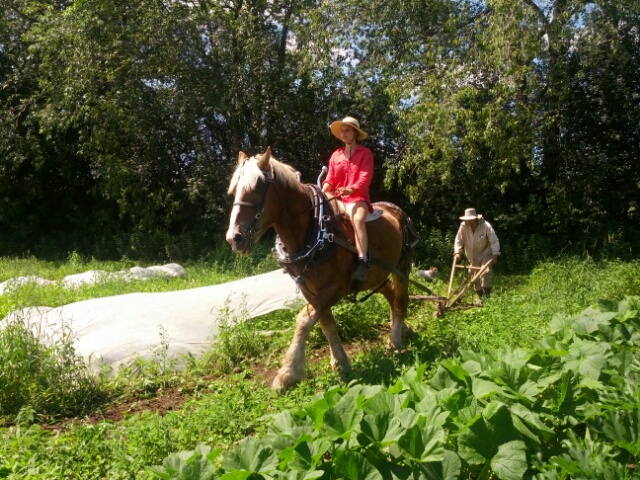 The single horse scuffler had been in storage at the back, so we had to take the horses gingerly across a field of barley.  Alex was practically drooling over it – looking forward to making some beer when it is ready! 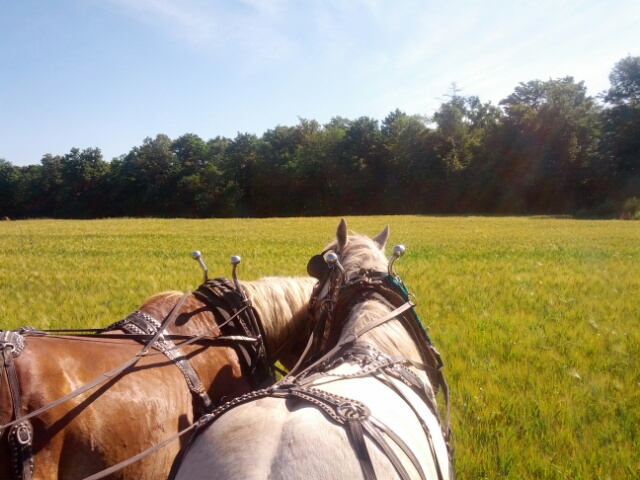 We have also been learning to make cheese on the farm.  Fanny is a Jersey cow – and when her son No Nuts doesn’t drink it all, we can use her high fat milk to make cheese.  Sonya is half milking shorthorn, a quarter Limousine and a quarter Holstein, and after she lost her twin calves during birthing, we decided to milk her as well.  She has taken to it pretty well, even though she was never milked in the past.  Jessica has only been kicked once! 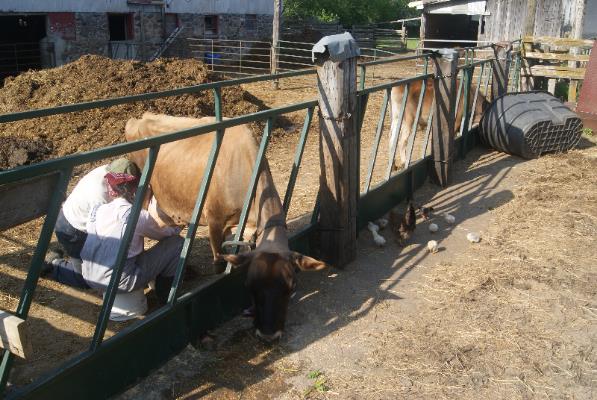 Don’t forget that we have pork available by the half animal for $200 and whole animal for $400, cut, wrapped and frozen.  Also – we have some new lamb in the freezer from Yellowlees Farm.  Give us a call, email, or check us out on Facebook!